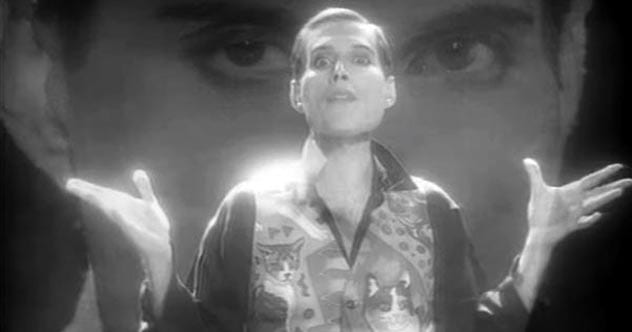 Music has the ability to evoke strong emotions. Anthems make you want to sing at the top of your lungs. Love songs make you feel gooey inside and angry femme music can stir feelings of getting revenge on cheating ex-partners. Most good songs have some kind of story that served as inspiration for its lyrics. Some songs are light and bubbly while others are very dark and inspired by even darker and tragic events.

10 Legendary Reasons We Have Music

10 These Are the Days of Our Lives – Queen

The song is hailed as the most significant single off Queen’s album, Innuendo, as the video accompanying it shows footage of Mercury while he was still alive. The video was shot in black and white in an attempt to mask the severity of Mercury’s deteriorating health. As the last notes fade and the music video winds to a close, Freddie Mercury says “I still love you” while looking straight at the camera. This would end up being his last words recorded on camera.

The music video was featured during the Freddie Mercury Tribute Concert the following year and was also played at the Concert for Diana on 1 July 2007.[1]

Eric Clapton cowrote Tears in Heaven and dedicated it as a tribute to his 4-year-old son, Conor, who died in a freak accident in 1991. The day before Conor died, he and Eric visited a circus. Eric reminisced during an interview in 1998 that the circus had three rings and wild animals and Conor had been mesmerized by the spectacle.

Eric went on to write the song, Circus, in memory of the last night he got to spend with his son. In the song he mentions a clown Conor found funny, running around with a knife. Apparently Conor couldn’t stop talking about on the way home. He reminisces in the lyrics how excited his son was about the event and the melody expresses his sorrow over losing his only child. Eric played the critically acclaimed song live in 1992 before it was made available on record.[2]

3 AM by Matchbox 20 is one of those ‘essential 90s’ songs that can be found on compilations and playlists just about anywhere, whether on disc or digital. It was played to death on the radio when first released in 1997.

What most assumed to be just another song about a girl, turned out to have a very dark backstory. Frontman, Rob Thomas, revealed the inspiration behind the song during an interview a few years back. He told Genius.com that the lyrics were inspired by his cancer-stricken mother who he had to care for at the age of 13. He also admitted that their relationship was somewhat fraught, and the words of the song captures the off-balance dynamic they shared. He went on to say that as he looked back on writing the lyrics, he realized he had written a lot about the kind of person he wanted his mother to be.[3]

The 90s music scene would not have been complete without a good helping of Alanis Morrissette’s music. Her third studio album, Jagged Little Pill, topped the charts in 13 countries and is one of the best-selling albums of all time. The album won five Grammy awards and even spawned a musical stage production in 2018.

You Learn is one of the most popular songs off the album but the story behind it is not as well-known as its lyrics. Morrissette wrote the song when she was just 19 years old and alluded to terrible experiences in L.A which included being robbed at gunpoint during the time she was working on the album. She was hospitalized and suffered from PTSD. At the same time, she also went through a breakup. She turned the lyrics into a lesson about everything in life equating to experience. Working on the album also helped her work through the trauma of everything she had been through.[4]

6 Have You Forgotten – Darryl Worley

When 9/11 devastated America, it seemed that the country would never be the same again. Many written pieces about the tragedy saw the light online and many songs were written about it as well. For Darryl Worley and Wynn Varble, it seemed that their strong sense of loss and patriotism wasn’t shared by others. They sat down and wrote the song “Have You Forgotten” and it became the biggest hit of Darryl Worley’s career.

Worley said during an interview that he came from a military family and he had been exposed to war wounds and loss from an early age. He did a tour in Afghanistan right after the war started and saw thousands of American flags flown in solidarity. Two weeks later the flags were gone. Have You Forgotten’s lyrics were born out of this experience:
“I’ve been there with the soldiers, who’ve gone away to war. And you can bet that they remember just what they’re fighting for.”[5]

5 Never Learn Not to Love – The Beach Boys

The Beach Boys are an indelible part of the music industry. What some may not know, however, is that the late Dennis Wilson, co-founder and drummer, had a strange, if short-lived friendship with cult leader, Charles Manson.

Manson even lived in Wilson’s house for a while, before he and his cult committed several murders. The Beach Boys released Never Learn Not to Love as the B-side on their Bluebirds over the Mountain single in 1968 and it was revealed afterwards that the song was an altered version of lyrics and music written by Charles Manson, originally titled “Cease to Exist”. Manson gave up his credit on the song for a motorcycle and money but was highly irate when he found out his original lyrics had been changed. A year after the song was released, Manson and his cult committed the highly publicized Tate-LaBianca murders for which he was originally sentenced to death.[6]

On 20 April 1999, Eric Harris and Dylan Klebold murdered 12 of their fellow students and 1 teacher at Columbine High School. They then proceeded to commit suicide. One of the murdered students, Cassie René Bernal, was shot in the head by Eric Harris, allegedly after he asked her whether she believed in God and she answered ‘yes’.

This scenario, which has led to a lot of controversy because many saw Bernall as a Christian martyr, has also served as the inspiration for several songs, including ‘Cassie’ by Flyleaf. Flyleaf is an American Christian rock-metal band and they wrote the song to commemorate Cassie Bernall’s life and ‘martyr’s’ death. The lyrics to the song include: “All heads are bowed in silence, to remember her last sentence. She answered him knowing what would happen, her last words still hanging in the air.”[7]

Zombie is arguably the most popular song that The Cranberries ever released. While it seemed like just an awesome anthem at the time, it soon became clear that there was a much deeper meaning behind it. The late Dolores O’Riordan not only left behind the sweet sounds of Linger and Dreams, she also belted out Zombie in protest against the violence in Northern Ireland which saw two children killed by bombs in Warrington City and dozens more people injured. The children, 3-year-old Johnathan Ball and 12-year-old Tim Parry, had been shopping for Mother’s Day cards in town when the bombs went off.

Speaking about the song’s 1994 release, O’Riordan remembered the bombs and hearing about the children’s deaths while in the UK. She wrote the song between tours and it was released as the lead single from the band’s second studio album, No Need to Argue.[8]

There is no misinterpreting this song as the title alone tells you all you need to know. With lyrics like “his father was a drinker and his mother cried in bed. Folding young John’s t-shirts when the swingset hit his head”, the song focuses on serial killer John Wayne Gacy’s formative years before escalating to his murderous tendencies.

Gacy was hit in the head by a swing when he was eleven, causing a bloodclot to form in his brain. Some pscyhiatrists believe the accident could have altered his psyche and helped to develop his appetite for murder. Gacy was convicted of thirty-three murders, all young men, and was executed for his crimes on 10 May 1994.[9]

While KORN is well known for writing disturbing lyrics, none of them are quite as disturbing as the ones that make up the song “Pretty”, especially since the lyrics were inspired by an incredibly dark backstory.

Pretty is one of the tracks on Korn’s third studio album, Follow the Leader. Lead singer Jon Davis used to work as an autopsy assistant and recalld an incident during which the body of a baby was brought into the coroner’s office. The baby was an eleven-month old girl who had been raped and beaten to death by her father. Both her legs had been broken and she looked like a discarded toy doll. David went on to say that he had been severely traumatized by what he saw. He was about 18 at the time and had severe nightmares about the incident that continued to haunt him well into his adult life. Pretty was written in remembrance of the baby girl who lost her life in such a senseless manner.[10] 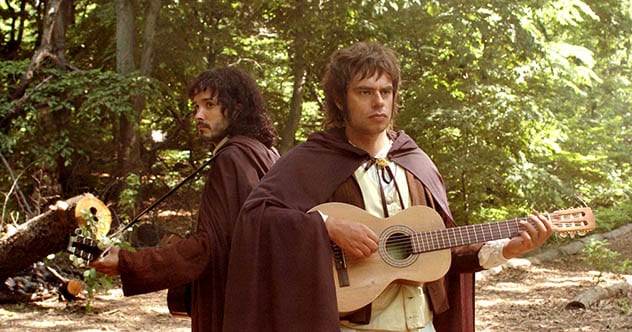 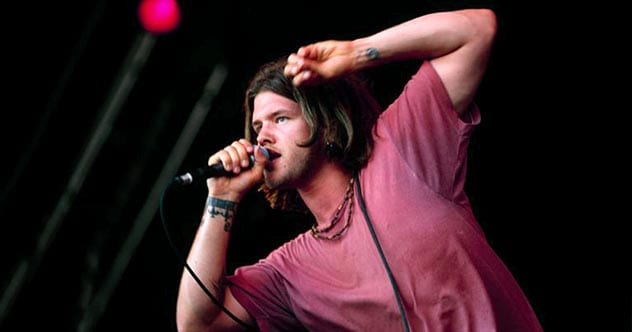