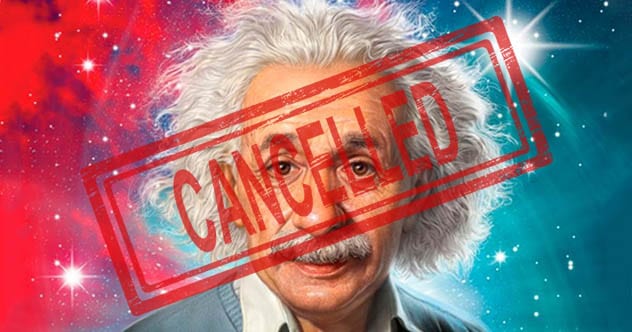 The internet has brought us some amazing things. It’s practically impossible to live without it! Social media helps us to be in touch with loved ones, and streaming platforms are a delight. However, If you spend at least an hour of your day on the internet, you know that cancel culture is here. Even more troubling, the movement seems to gaining momentum.

Scientists are notorious for being eccentric. However, all we hear from the famous ones are their amazing accomplishments. The internet is pretty good a digging up dirt, and lately the dark sides of some revered scientist are resurfacing. Listverse has saved you the work of searching the internet yourself. Here is a list of the top 10 famous scientists that would definitely be #cancelled in today’s jackboot-wearing cancel culture.

Steven Hawking is perhaps one of the most recognizable scientist in the world. His contributions to science are too complicated to explain in detail but, in short, he improved the understanding of how blackholes “work”. Basically, Hawkins postulated that when black holes engulf any type of body or energy, it emits a specific type of radiation. Due to his contributions, that type of radiation is known as Hawkins Radiation.

To other people, Hawkins is recognized for the long lasting fight he waged against amyotrophic lateral sclerosis, a condition hinders muscle movement. That includes voluntary muscles control, like chewing, walking, and talking. Known as a hero, there is still some controversy when it comes to his ex-wife Jane Baryl Wilde. You see, she abandoned her studies to support Hawkins’s career. However, in a twisted turn, when Hawkins was appointed the youngest fellow of the Royal Society (at 32) he did not mention his wife in his speech. Also, according to her, he demanded to be carried around their house like a king, and shamed her about her religion (Hawking was an atheist).[1]

Thomas Edison is the archetype of the creative genius. He is known as America’s greatest inventor, with over 1000 patents in electricity, communication and sound recording. He was also engaged in a heated rivalry with fellow genius and inventor Nikolas Tesla, and inspired Homer Simpson to become an inventor in one of the best Simpson’s episodes ever.

The feud with Tesla itself is not why Edison made this list, but rather because of how far he was willing to go to win the debate. Their scientific bout (called “War of Currents”) was about whose system would be the future of electricity: Tesla’s alternating-current (AC) system or Edison’s direct-current (DC) system. Who paid the price, you ask? Toby, the elephant. To prove that Tesla’s AC system was too dangerous to be used by people, Edison electrocuted the poor animal in front of a crowd and journalists (full disclosure, his DC would have the same effect). There is no need to tell that this gruesome act, would NOT fly today.[2]

You may not know John Cutler, and perhaps calling him famous is a bit of a stretch. However if you work with biology, health or any of the related sciences you are probably aware of who he is. Cutler is credited to be one of the most prominent figures in the prevention of sexually transmitted diseases in the world. This American scientist also was involved in vaccination programs against polio in the ’60s and reproduction studies.

Sadly, even more famous than his name is one of his projects: The Tuskegee experiment. If you ever studied the progression of syphilis from a medical textbook, you might have noticed how detailed the descriptions are to the point of gore. The reason? From 1946 to 1948, Dr. Cutler led a team that studied the effectiveness of penicillin by deliberately infecting hundreds of black Americans. As a result of being treated like guinea pigs, one man died. The penicillin was not given to him until it was too late. The whole thing was so bad that in 1997 the then president Bill Clinton apologized on behalf of the whole country.[3]

Francis Crick and James Watson (AKA Watson & Crick, for the initiated) are two American scientists accredited for the discovery of the structure of DNA, in the 1950s. The keyword here is accredited. At the time, there was a race for the recognition of this scientific milestone. The research community already knew about the existence of DNA and its basic composition. The last mystery about DNA was its shape: A double helix. The two scientist shared the Nobel Prize for their achievement.

There is something that we intentionally omitted from you, the reader, so far. You see, science is built like a wall: You stack the bricks of knowledge, and without a proper foundation the whole thing crumbles. A British female scientist named Rosalind Franklin laid that exact foundation with experiments that greatly contributed to the discovery of the structure of DNA. The scientific community (overall) agrees that she should be the third laureate. However, she was mostly ignored by history, until eventually dying of cancer, probably caused by her work involving x-rays. Notice that only Crick was included in this entry because his partner Watson managed to outdo him (see below).[4]

No need to mention that everything we said about Crick also applies to James Watson. Actually, what makes Watson even worse is that he went on record to say that Franklin’s contributions to their discovery were overrated. Yet, another difference between these two is that Crick still has his Nobel Prize.

What is worse than being sexist? Being sexist AND racist. In a PBS documentary named “American Masters: Decoding Watson” the titular character states: “There’s a difference on the average between blacks and whites on IQ tests. I would say the difference is, it’s genetic.” That was enough for the scientific community, that finally stripped Watson of his Nobel prize.[5]

10 Times Scientists Got Animals High To See What Would Happen

Richard Feynman is a physics genius that made a lot of contributions to quantum mechanics and was involved in the Manhattan Project. His accomplishments include: Winning a Nobel Prize, teaching physics in Brazil, playing the bongos and being one of Sheldon Cooper’s favorite scientists, as shown in an episode of the Big Bang Theory.

His reputation as the “cool guy of physics” however was both notable and notorious. Reportedly, Feynman held meetings in strip clubs, drew naked pictures of his female students and posed as an undergraduate student to trick young women into sleeping with him. That’s the behavior that you would expect from Barney Stinson rather from a science genius.[6]

You may not remember Linus Pauling if you are not a science enthusiast, but if you are a Chemist you definitely do. Linus Pauling is pretty much rock star in the world of molecules. He pioneered in using of quantum mechanics to understand the chemical bond. Pauling, like a lot of the men on this list, Pauling was a awarded not one, but two Nobel Prizes: In 1954, in Chemistry for his work with quantum mechanics and the Nobel Peace Prize, in 1962 for his efforts to reduce the role of nuclear arms in international politics.

Unbeknownst to most people, Linus Pauling is the reason vitamin C is believed to cure/prevent the flu. Later in his career, Pauling became obsessed about studying and consuming Vitamin C. The problem is that the evidence that vitamin C has any effect over the immunity response or fending off the influenza virus is fragile at best. Even though there are indeed benefits to consuming vitamin C, Linus Pauling was one of the pioneers of spreading fake news.[7]

Another arguably relatively unknown entry in this list, Evaristé Galoá was a brilliant mathematician who died at the very young age of 20. His biggest contribution to science was demonstrating the conditions necessary and sufficient to solve polynomial equations by roots. He was also a young rebel, as was arrested many times, once for toasting to the monarch at the time with a dagger on his glass (apparently a great offence?)

His scientific masterpiece, however, was left unfinished and unpublished for many years. Galois was a bit of a hothead, as his prison record would suggest. On the evening of the 29th of May 1932 Galois worked on his theorem, only to wake up in the next day and get shot in the abdomen on a duel. It’s is sad, but don’t feel too bad for Galois. He was (most likely) dueling for the affection of a woman, and he was known for carrying guns with him quite often.[8]

If you have seen the film “A beautiful Mind” you already know all about the life of John Forbes, Nash, Jr. In summary, it’s the tragic story of a brilliant American mathematician who was awarded the Nobel Prize of Economics for his work on the mathematics of game theory. The tragic aspect of his tale comes from the fact that he had to struggle with mental illness (schizophrenia) for most of his life.

If you want to dig dirt on John Nash you don’t need to go too deep. John Nash was notoriously anti-Semitic. In a letter that he wrote in 1967 he made his views quite clear: “The root of all evil, as far as my personal life is concerned (life history) are Jews.” No need to say why that statement was NOT in the film.[9]

Albert Einstein needs no introduction. He is one of the few scientists to reach a level of fame that is on par with actors and musicians (it tragically indicates the state of our society today when actors generally enjoy more fame than our greatest minds). Einstein is best known for his contributions to the theory of relativity, but was actually awarded the Nobel Prize for his work with quantum physics. The German physicist is part of both scientific and political history, as his discoveries supported the development of the atomic bomb.

Unquestionably a remarkable human been, Einstein had a dark side. After his first marriage started to deteriorate, he showed very little compassion towards his wife Milena Maric. Deciding to “stay together for the kids”, Einstein wrote a list of conditions to which his wife should comply, in order for him to take her back. The list, transcribed from a biography reads:

A. You will make sure:
1. that my clothes and laundry are kept in good order;
2. that I will receive my three meals regularly in my room;
3. that my bedroom and study are kept neat, and especially that my desk is left for my use only.

B. You will renounce all personal relations with me insofar as they are not completely necessary for social reasons. Specifically, You will forego:
1. my sitting at home with you;
2. my going out or travelling with you.
C. You will obey the following points in your relations with me:
1. you will not expect any intimacy from me, nor will you reproach me in any way;
2. you will stop talking to me if I request it;
3. you will leave my bedroom or study immediately without protest if I request it.
D. You will undertake not to belittle me in front of our children, either through words or behaviour.

YIKES! It’s hard to see a science icon in that light.[10] 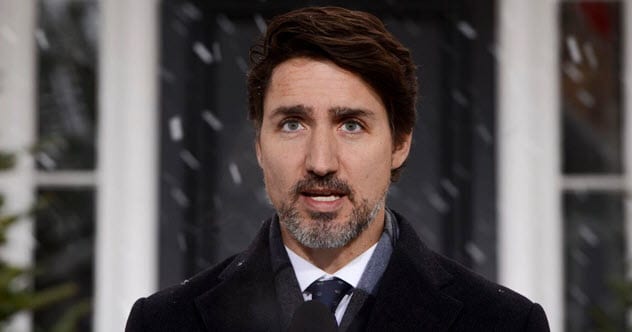 Top 10 Leaders Who Broke Their Own Lockdown Rules 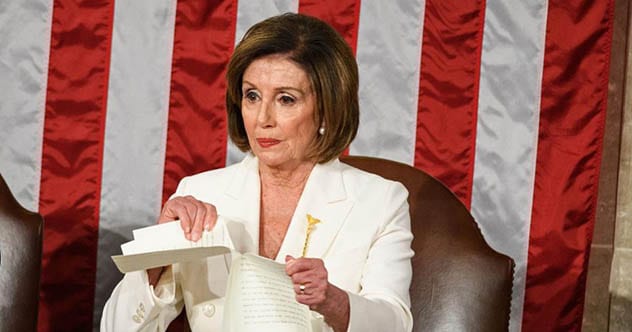 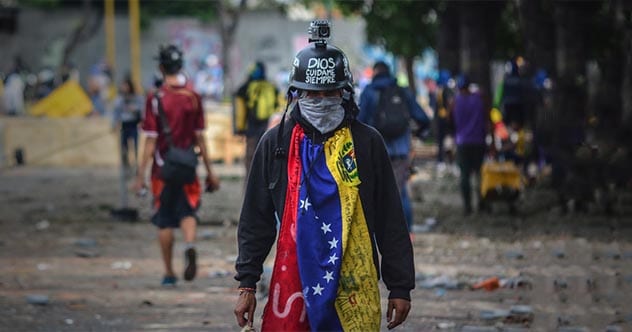 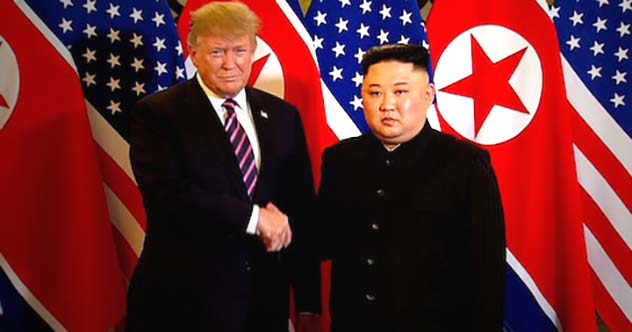