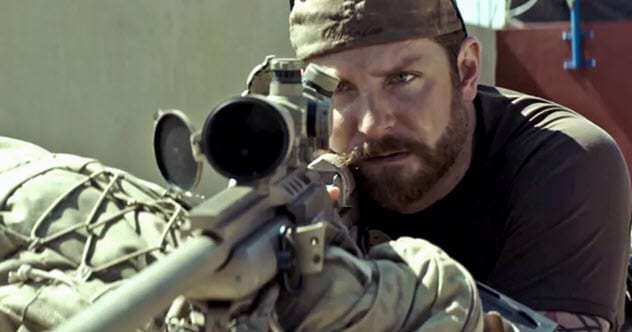 But that hasn’t stopped filmmakers from recreating some of history’s fiercest battles for display on the silver screen. Others prefer to create fictional battles of equally epic proportions.

As one would imagine, a lot of work goes into making a war film. Thousands of little details must be considered to make the bigger picture a success.

The movie War Horse is based on a novel of the same name, which was published in 1982. A play was also adapted from that novel in 2007. Coproduced by Steven Spielberg, the film was nominated for six Academy Awards after receiving excellent reviews.

The stars of the show, however, were the beautiful horses. The main one, Joey, was played by 14 different horses. Spielberg has experience with these animals. He has kept a stable of steeds at his home for more than 10 years and loved the equine “actors” he got to work with on set.

He even said, “Joey had a sense of what was happening in the scene. Joey added things, as the cameras were rolling, that none of us ever asked for, that brought a performance to [the audience] that we didn’t expect when we set out to make the movie.”

Some of the well-known human actors in the film also brought some war history to the set. For instance, Benedict Cumberbatch’s grandfather, Henry Carlton Cumberbatch, served as a submarine commander in the British Royal Navy during both world wars.[1]

American Sniper is based on the life of Chris Kyle, who was the deadliest sniper in US military history with 160 officially confirmed kills. The movie was a massive box-office success and was nominated for six Oscars. The film won one Academy Award for Best Sound Editing.

The movie reveals Kyle’s struggle to leave the war behind when he returns home to his wife and children. It comes with a rather shocking and tragic ending.

Supposedly, Kyle once said that if a film was ever made about his life, he wanted the filmmaker to be Clint Eastwood and no one else. Kyle got his wish. Eastwood was the director and coproducer of the film. The other producers included Robert Lorenz and Bradley Cooper.[2]

Cooper, who plays Kyle in the film, had to gain at least 40 pounds for the role. He ate 8,000 calories a day while working out four hours every day for many months. The grueling workouts led to Cooper being able to deadlift 193 kilograms (425 lb), which he did in the film as well.

Cooper also wore Chris Kyle’s actual walking shoes in the film. Afterward, Cooper said during interviews that he was still wearing the shoes at home.

The US military raid on Mogadishu in 1993 is depicted in the gritty war film Black Hawk Down, which was released in 2001. Directed by Ridley Scott and produced by both Scott and Jerry Bruckheimer, the film won two Oscars despite a call by the Somali Justice Advocacy Center in California to boycott screenings.

The center believed that Somalis were depicted in a dehumanizing fashion. Some film critics also accused the filmmakers of racism that they claimed was staged openly in the film.

Black Hawk Down was the first war film released after the events of 9/11. The movie effectively showed America that its troops could regroup after a surprise attack, even as the country’s citizens were still reeling from the loss of life when the towers came down.[3]

“In Vietnam, the wind doesn’t blow. It sucks.”

The tagline for Stanley Kubrick’s Full Metal Jacket is said to have come from coscreenwriter Michael Herr’s nonfiction book, Dispatches. Supposedly, Herr overheard another soldier utter the line in Vietnam.

The film was released in 1987 and received an Oscar nomination as well as critical acclaim. However, some fans may not know that the term “full metal jacket” doesn’t appear anywhere in the novel, The Short-Timers, on which the movie is based.

Kubrick didn’t want to use the book title because people might assume that the film was about individuals who worked half-days. Instead, he happened upon “full metal jacket” while flipping through a gun catalog and decided to use it.[4]

Kubrick, who was afraid of flying, ensured that the entire film was shot in England. This meant that a British Territorial Army base was used to film scenes for the Marine boot camp in South Carolina.

An abandoned gas works on the Thames was used to shoot scenes depicting Da Nang, Phu Bai, and Hue. In addition, 200 palm trees were imported from Spain and plastic plants were sent from Hong Kong to create a jungle. Meanwhile, a Belgian army colonel, who was a huge fan of the director, decided to lend Kubrick four M41 tanks for the filming.

This Quentin Tarantino gem was the director’s highest-grossing film at the time of its release in 2009. However, it was surpassed by Django Unchained in 2012 and Once Upon a Time in Hollywood in 2019. Unsurprisingly, audiences and critics loved Inglourious Basterds, and it ended up receiving eight Academy Award nominations.

Tarantino started on the script for Inglourious Basterds in 1998, but it was shelved because he had to work on Kill Bill and Death Proof. The inspiration to finish the script came from an unlikely avenue in the form of Jason Mraz. Apparently, Tarantino listened to Mraz’s “I’m Yours” on repeat to keep him settled enough to continue writing.

The title of the movie is deliberately misspelled to distinguish it from the 1974 war film, The Inglorious Bastards. Also, Adam Sandler was originally given the role of Donny Donowitz, but he soon dropped out to make Funny People instead.[5]

There is a lot more to the movie Dunkirk than the fact that Harry Styles stars in it.

Directed by Christopher Nolan, the film portrays the Dunkirk evacuation during World War II. It received eight Academy Award nominations and won three. It was also a huge success at the box office, earning the title of highest-grossing World War II film.

To keep the movie as authentic as possible, it was shot in Dunkirk, France, where the real-life event took place. Nolan ensured that he would carry through the accuracy by reconditioning actual warships, including French Navy destroyer Maille-Breze. Instead of CGI, he used cardboard cutouts of soldiers and vehicles as well as 325 extras.[6]

And yes, the fact that Harry Styles was on set filming caused problems. Not only did he reportedly always have his own bodyguard around but female fans also invaded the set at any given time just to see Styles in person.

Apocalypse Now is a Francis Ford Coppola classic that starred heavy hitters Marlon Brando and Robert Duvall. Even though it got mixed reviews at first, the film received the Palme d’Or at the Cannes Film Festival before being released in August 1979.

Today, the movie is considered one of the best films ever made. It was even selected for preservation in the National Film Registry. Coppola almost wasn’t the director as George Lucas was going to shoot the film as a faux documentary. However, Lucas was too busy with Star Wars and American Graffiti, so he handed the reins to Coppola.

As Apocalypse Now is a war movie, several scenes depict dead bodies. However, one of the props managers on set took things a little too far in his quest to make these scenes look authentic. He sourced human cadavers but was forced to stop after it was revealed that his “supplier” was robbing cemeteries to provide the “stock.”

Also in the name of authenticity, the water buffalo slaughter in the film was all too real. This irked animal rights groups. They didn’t care that the production team had struck a deal with locals that included the tribe’s slaughter of a water buffalo (which had been given to them as a gift) in exchange for the rights to film on their land.[7]

Terrence Malick hadn’t made a film in 20 years when he returned to direct The Thin Red Line. He must have been happy that he did because the film was nominated for seven Academy Awards. Also, Martin Scorsese said that it was his second-favorite film of the 1990s.

The movie stars a host of big names, including George Clooney, John Travolta, Woody Harrelson, Sean Penn, Adrien Brody, and many more. The role of Private Witt went to Jim Caviezel but was highly sought after by Johnny Depp, Brad Pitt, and Matthew McConaughey. During the making of the film, some of the lead roles were reduced to smaller characters, including those of Adrien Brody and John C. Reilly.[8]

Being cautious and indecisive, Malick took over a year to cast all the roles. Supposedly, high-profile actors such as Depp, Pitt, and McConaughey weren’t given parts because Malick wanted fans to believe in the characters and not simply watch the film for its stars.

The original Midway film, released in 1976, stars Charlton Heston and Henry Fonda. The movie chronicles the drama of a US Navy aviator falling in love with a Japanese girl while leading up to the Battle of Midway. A remake of the film saw the light in 2019.

When the original was released, it became the tenth biggest movie of 1976. (Some sources list it as the ninth biggest film of the year.) In either case, the magic of Sensurround drew crowds to movie theaters. Sensurround used low-frequency Cerwin-Vega speakers that created a “rumbling” sound during battle scenes and seemingly made the entire theater vibrate. It was used for the last time during screenings of Rollercoaster by Universal in 1977.

Made even more exciting by Sensurround, the battle scenes were actually all recycled footage from other films. Scenes were licensed from 1970’s Tora! Tora! Tora!, 1960’s Storm Over the Pacific, 1956’s Away All Boats, and 1944’s Thirty Seconds Over Tokyo.

Some of the cast were actual World War II veterans, including Fonda, Heston, Glenn Ford, Hal Holbrook, and Cliff Robertson.[9]

The World War I experiences of director Sam Mendes’s paternal grandfather served as the inspiration for 1917, which was released in 2019. Alfred H. Mendes, a lance corporal at age 17, was tasked with carrying messages across no man’s land.

Many of 1917’s scenes were set in trenches. As a result, the production team dug almost 1.6 kilometers (1 mi) of trenches to get their geography right. Although many technical difficulties had to be overcome during shooting, one of the most annoying issues was a cigarette lighter that just wouldn’t ignite when it was needed during a scene. Almost an entire day’s filming was wasted due to the difficult lighter.

Here’s one of the ickiest details about the filming of 1917. At least 100 extras urinated on a nearby tree simply because the available toilets were so far away from the set. George MacKay, the star of the film, had to sit under that tree with his head against it to shoot the final scene of the movie.[10]

10 Common Things You Get Wrong About War (Thanks To Hollywood)

Read More: Mary and Me 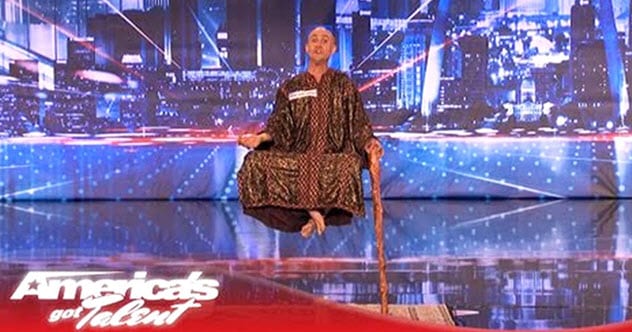 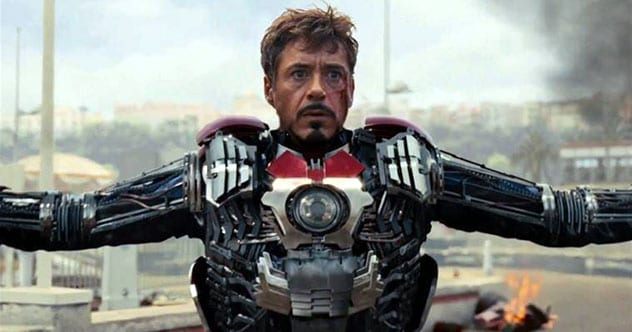 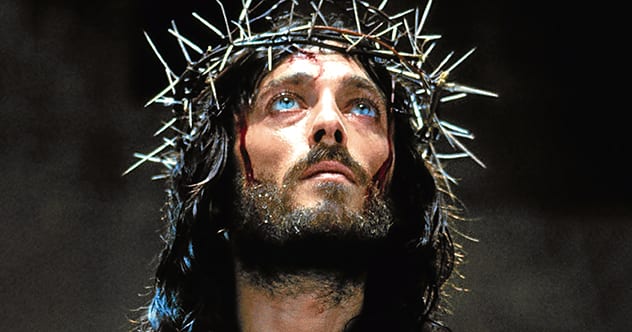