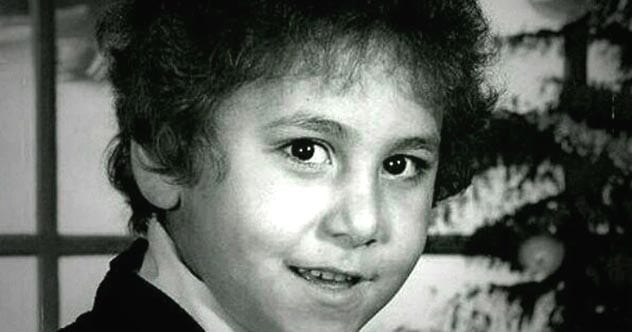 When we look through the photo albums of our childhood days; often we are filled with heart-warming emotions as we remember the good times. However, these following childhood photos tell a very different story when they are viewed in a much darker perspective—these are the world’s notorious serial killers in their early years.

Looking at these seemingly innocent moments that were captured on camera, nobody could have guessed the sinister crimes they would later be held responsible for. Yet during their younger years, the early warning signs were clearly there and these photos all come with very creepy backstories.

David Berkowitz was also known as the ‘Son of Sam’ after he killed six victims in New York City during the summer of 1976. He shot at women who were in parked cars at night, often killing the boyfriends too although they were never the intended victim.

At the age of 17, he joined the U.S. Army and discovered after seeing his birth certificate for the first time that he was adopted. He later in life tried to reunite with his birth mother but she wasn’t interested in forming a relationship with her son.

At the age of 6-years-old, Berkowitz remembers pouring motor oil into his adoptive mother’s fish tank to kill her fish and then spear them with a pin. He also poisoned her pet bird because he enjoyed watching the helpless animal die slowly. Later, in an interview with FBI Profiler Robert K. Ressler, Berkowitz recalled getting a thrill out of seeing his mother try to revive her beloved pets but being unable to save them.[1]

9 Ted Bundy Made Dangerous Traps As A Child

In November 1946, in a home for unwed mothers, Louise Cowell gave birth to a son named Theodore Robert Bundy. To avoid the shame and stigma of illegitimacy, Bundy’s mother passed him off as her baby brother. Many psychologists believe it was discovering his parents were in fact his grandparents and his sister was his mother that initially led Bundy down a dark path. He would later go on to kill more than 30 women between 1974 and 1978.

A close family friend named Sandi Holt who grew up with Bundy remembers he had a cruel streak from a very young age and would build ‘tiger traps’ in the woodlands that surrounded their neighborhood.

She said, “He had a temper. He liked to scare people. One little girl went over the top of one of Ted’s tiger traps and got the whole side of her leg slit open with the sharpened point of the stick that she landed on.” That was just the start of a long history of violence Bundy would inflict on females throughout his life.[2]

Dennis Rader led everyone to believe he was a devoted husband, loving father, and a respectable church-going member of the community in Wichita, Kansas. At first, his family didn’t believe he could be the unidentified serial killer known as ‘BTK’ meaning ‘Bind, Torture, Kill’. Then shockingly it was revealed he was responsible for the torture-murders of 10 victims.

In an interview with KAKE-TV reporter Larry Hatteberg, Rader revealed that from a young age he developed an unhealthy obsession with female terrorization. The sinister serial killer recalled, “Mom wasn’t always quite happy. I’ve always loved her. I still love her, greatly. But I did have a little… a little bit of grudge against momma.”

Then Rader described how when he was very young his mother’s hand got caught on a couch spring and she screamed at him to get help. He said that image always stayed in his mind; a woman looking at him with terror in her eyes became the thrill he was always chasing after.[3]

7 Jeffrey Dahmer Loved Playing With Bones As A Child

In 1991, Jeffrey Dahmer’s apartment of horrors was revealed to the world and earned him the name ‘The Milwaukee Cannibal.’ The dismembered remains of several victims were discovered at his home including a severed head in the fridge. He had killed and mutilated 17 men and boys from 1978 to 1991.

Eerily, Dahmer first showed an interest in bones at a very young age. His father, Lionel Dahmer, writes in his memoir ‘A Father’s Story’, “When Jeff was four years old, I noticed a smell which very clearly came from beneath the house. I located a large pile of bones, the remains of various small rodents.”

Adding, “Once on my feet again, I set the bucket down. I saw Jeff as he sat on the ground only a few feet away. He had taken a great many of the bones from the bucket and was staring at them intently. Over and over, he would pick up a fistful of bones, then let them drop back into the pile that remained on the bare ground. He seemed oddly thrilled by the sound they made.”[4]

Ian Brady was one half of the serial killer duo known as The Moors Murderers. Alongside his partner Myra Hindley, they killed five children, aged between 10 and 17, then buried the bodies in graves on the Saddleworth Moor in North West England.

Brady was adopted at the age of 4-months-old and displayed classic psychopathic symptoms from very early on. He threw extreme temper tantrums where he would repeatedly bang his head on the floor and he referred to his adoptive parents as “maggots.” Aged 10-years-old, he had begun killing animals for his own twisted pleasure—decapitating rabbits and burning cats alive.

Brady and Hindley were finally caught when they tried to persuade a friend, 17-year-old David Smith, that he should join the couple on their murder spree. Instead, Smith ran to the police and became the key witness in prosecuting the couple. Smith later said, “People put this aura around Brady that he doesn’t deserve… He’s a pedophile. He’s a child murderer. He’s a coward. Brady’s nothing.”[5]

John Wayne Gacy was an intelligent child from a middle-class family and raised in Chicago, Illinois. He worshipped his mother but there was a lot of violence in his childhood home as his father was an aggressive alcoholic who would berate young Gacy. There were beatings because he was too effeminate and would grow up to be a “sissy.”

As a child, Gacy decided to take his frustrations out on small animals and enjoyed torturing turkeys. He would throw balloons filled with gasoline at the poor birds before igniting and watching them burn alive. During a later interview following his arrest, Gacy told psychiatrists the result of the tortured animals running around on fire was one of the funniest scenes he had ever witnessed.

Later in life, Gacy adopted the alter-ego of ‘Pogo the Clown’ and would entertain children at birthday parties. In 1978, he finally admitted to killing at least 30 victims—the bodies of 27 victims were found buried in the crawlspace under his own home and others were discarded in the nearby Des Plaines River.[6]

4 Aileen Wuornos Was Called The “Cigarette Pig” As A Teenager

There is no denying that Aileen Wuornos lived a life of tragedy. Her biological father was sent to prison for sexually molesting a minor and her biological mother abandoned her when she was just 3-years-old. Wuornos then lived with her grandparents and suffered years of abuse at the hands of her own grandfather.

In her book ‘Monster: My True Story’, she writes, “My mother plucked me out of her belly and left me with my grandparents. We never saw her again except for funerals. She can go to hell. My (grandfather) would beat me often after school or if I came home late. He’d make me cut down a willow branch and he’d use that. I soon learned that the thicker the branch, the less it hurt.”

At the age of 13-years-old, she became known as the “cigarette pig” amongst the boys at school because she was notorious for exchanging sexual favors for cigarettes. In 2002, she was executed by lethal injection for murdering seven men in Florida whilst she was working as a prostitute.[7]

Russian serial killer Alexander Pichuskin had set himself a twisted goal to kill 64 victims—one for every square space on a chessboard. From this, he was nicknamed the ‘Chessboard Killer’ and in 1992, he was convicted of killing and mutilating 52 people. Pichuskin had no remorse for his crimes as he explained, “For me, life without killing is like life without food for you. I felt like the father of all these (victims) since it was I who opened the door for them to another world.”

At the age of 4-years-old, Pichuskin suffered a head injury that drastically changed his personality. His mother recalls that he was hit on the head by a swing which damaged the pre-frontal cortex of his brain. Researchers at the University of Glasgow found that 21% of eligible killers had suffered a head injury in the past. Head injuries, particularly in relation to the pre-frontal cortex of the brain, can lead to a variety of personality changes including lack of empathy, lack of tolerance for others, and many other dangerous behaviors.[8]

2 Ed Gein Grew Up In A House Of Horrors

Ed Gein’s mother will go down in history as one of the worst mothers of all time. Thanks to her parenting skills, Gein became the inspiration for many horror film characters including Norman Bates in ‘Psycho’ (1960), Leatherface in ‘Texas Chainsaw Massacre’ (1974), and Buffalo Bill in ‘The Silence of the Lambs’ (1991). Gein’s unnerving attachment to his mother led him to create a very creepy ‘woman suit’ from the exhumed bodies of women whose graves he had robbed.

The isolated farmhouse in Plainfield, Wisconsin, where he grew up as a child, was the perfect environment for his domineering mother to teach him all about the evils of the world and that women were the devil (herself not included, of course). Following his mother’s death, Gein inherited the family home and the eerie building creeped out many of the locals.

Former reporter Dick Leonard recalls, “If you ever wanted to have a Halloween party that would be a great place for it. It was a spooky house out on the edge of town. It was dark and there was never any sign of life there.” The perfect environment for raising a young grave robber in the making.[9]

Henry Lee Lucas became known as ‘The Confession Killer’ as his remarkable claims that he killed more than 100 victims were at one time taken seriously by the Texas Rangers who interviewed him. The real victim count is believed to be between 3 to 41 people, however, this was never confirmed.

Born in Blacksburg, Virginia in 1936, Lucas suffered a tough life at the hands of his abusive mother who tormented her son both physically and psychologically. He recalled, “I hated all my life. I was treated like what I call the dog of the family. I was beaten. I was made to do things that no human bein’ would want to do.”

His mother dressed him as a girl and forced him to watch her have sex with many of her lovers. Aged 8-years-old, she beat him so badly over the head with a wooden plank, he was in a coma for three days. Two years later, his eye was slashed at by his brother and as the wound was left untreated, it became infected and had to be permanently removed. Looking back on childhood photos of Lucas’ and his glass eye, this is a clear insight into how cruel the world was to him.[10]

Cheish Merryweather is a true crime fan and an oddities fanatic. Can either be found at house parties telling everyone Charles Manson was only 5ft 2″ or at home reading true crime magazines. Founder of Crime Viral community since 2015. 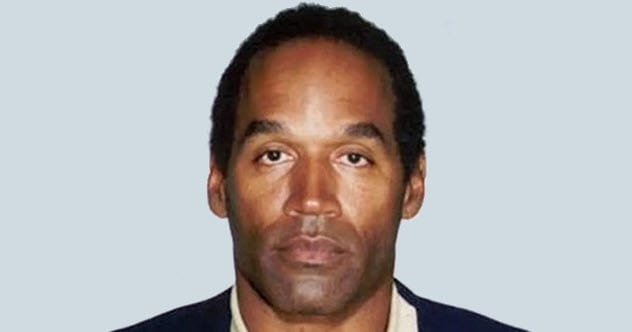 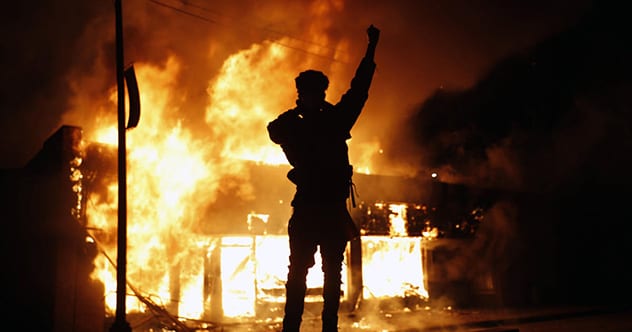 Top 10 Deadliest Cities In The USA 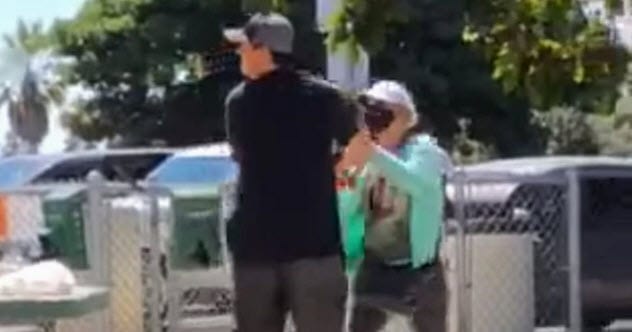 Top 10 Victims Of Violence Because They Weren’t Wearing Masks 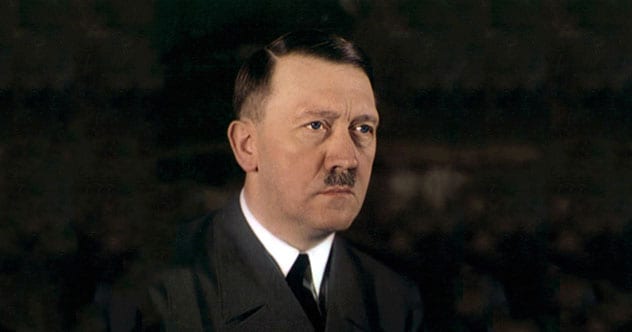 Top 10 Famous People Who Got Away With Murder (Maybe)