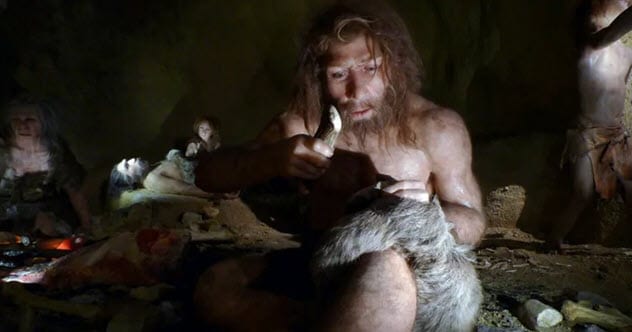 Prehistoric people had to scrape and scrounge for every measly calorie. They often risked their lives to bring home dinner. Given the scarcity of ancient food sources and the dangers in trying to procure them, it’s not surprising that so many people are on the chubby side nowadays.

The “Paleo diet” is a solution prescribed by the trendy. But actual ancient diets were much weirder than anyone thinks.

10 Of The Most Interesting Ancient Foods

Coprolites are fossilized turds that reveal a lot about our ancestors’ diets. An ancient poo from Hinds Cave in Texas holds a surprising tidbit: a 9,400-year-old fragment from a domesticated dog’s skull.

For thousands of years, dogs have offered us companionship and guardianship. And now it appears they also (involuntarily) offered us a food source. DNA analysis revealed that the skull fragment came from a domesticated dog and not a wild canid like a coyote or a fox.

The dog resembled a short-nosed Native American dog that lived in New Mexico. It probably weighed around 13.6 kilograms (30 lb), which would have been a substantial meal 10,000 years ago.[1]

But dogs probably weren’t an everyday dish. Based on ethnographic evidence, prehistoric people only dined on dogs during famines or celebratory feasts. The preferred cooking method? A hearty dog stew.

Fish bones dissolve into nothingness much quicker than the extra-sturdy bones of land animals. As a result, seafood-eating habits are harder to trace back in time. But a 9,200-year-old Swedish discovery bucks that trend, although you’ll wish it hadn’t because it’s a doozy.

At a site in Blekinge, Sweden, researchers found a stupendous number of fish bones—to the tune of 30,000 bones per square meter (10.8 ft2). It immortalizes a Nordic strategy for taking advantage of a cold environment to achieve arguably the nastiest method of fermentation ever devised.

First, they dug a pit. Next, they filled seal and boar skins with a bunch of fish. Then they slathered the mess in pine bark and seal fat. Finally, they buried the stinking bag of fish rot because people had to get creative in the absence of modern preservatives.[2]

That’s rough even by Nordic food standards, which feature a notorious amount of fermented, sometimes unidentifiable, sea life. But the discovery of a mass fermentation site reveals an enlightening ancient societal trend: The people of the North began settling down around the same time as the people of the Fertile Crescent.

We like to think that we evolved our humongous Homo sapien brains by eating flame-seared mammoth steaks. But it’s just as likely that the slimy flesh from turtles, crocodiles, and hippos provided the vital nutrients and calorie-dense fats necessary for massive brain growth.

A Kenyan site that housed our ancestors 1.95 million years ago is so well-preserved that researchers can recreate the ancient environment. The wealth of extinct plant fossils paints a picture of a much wetter, marshier northern Kenya.[3]

Meats that they ate raw. But targeting swamp creatures was a strategic move. Swamps were an underappreciated hunting ground, safer than the hostile grasslands and savannas populated by large feline assassins and bitey hyenas.

Our ancestors routinely ate nasty things out of necessity. You can’t be picky when you don’t know when (or if) your next meal is coming. But among the nastiest of the nasties may have been chyme, the partially digested stomach contents from animals.

Some researchers believe this based on microscopic remains found in 50,000-year-old Neanderthal dental plaque. Therein were found bits of yarrow and chamomile, both of which are bitter.

Researchers proposed that these plants found their way into the old hominids’ guts in an undignified way: through the stomach contents of animals.[4] After all, once you’ve got the kill, why be wasteful and throw away the stomach (or other organs)? It’s a convenient source of extra calories.

Some cultures still partake in a similar culinary tradition. Inuits in Greenland consume reindeer stomachs as an occasional delicacy, while Indigenous Australians occasionally go to town on kangaroo chyme.

Supposedly, flour is a foodstuff invented to feed expanding civilizations in the agricultural age. But it does date back to at least 32,000 years ago.

The grinding of plant stuff is a simple but clever culinary strategy that yields heartier, less perishable foods. In Puglia, Italy, at the Grotta Paglicci cave site, the paleolithic Gravettian people were doing just that, preempting agricultural practices by thousands of years.[5]

The Gravettian people painted a mean cave wall and developed loads of tools. One of these tools is a combo pestle and grinder, a hand-sized stone with a pointy end and a flat end.

The pointy end bit was used to smash open seeds and the flat end ground them down. When researchers hosed the tool down and scanned the residues, they found starches from wild oats, prehistoric millet, and acorns.

10 Foods We Eat That May Lead To Poisoning Or Death

When we picture the humans of 50,000 years ago, we see people huddled around meager stick fires in crappy little caves.

But these people were already plying the deep seas. They used their advanced maritime skills to reach Australia and, more importantly, to eat well. And eat well they did, dining on fish that sell for thousands of dollars today.

A shelter in Jerimalai, East Timor, revealed a bounty of 42,000-year-old fish bones. And not just a few bones, but 38,000. Even more surprising, more than half of the bones belonged to pelagic, deepwater-dwelling species like parrotfish and tuna.[6]

Researchers also found two fishing hooks hewed from shells. The oldest was between 16,000 and 23,000 years old. Considering the previously oldest-discovered fishhook was about 5,500 years old, the discoveries at Jerimalai upset the pescatarian timeline.

As tuna were too agile for spearfishing, our ancestors had to raft into the ocean and trap them using nets or handmade hooks, beefed-up versions of the ones discovered at the shelter.

Meat was hard to procure. So, what did our 10,000-year-old forefathers do when the supply of carcasses ran low? They used a very un-Paleo approach: They mixed up all the starches they could find and cooked them into a preagricultural porridge.

Porridges and other semiliquid cooked foods were possible thanks to an underappreciated innovation, the heat-resistant cooking pot. Cooking vessels that didn’t explode or shatter were culinary game changers for multiple reasons.

First, prehistoric people could now turn food scraps and other culinary odds and ends into an actual meal. Be it soup, stew, or the aforementioned porridge. Plant wax and oil residues were discovered in prehistoric pottery at the Takarkori and Uan Afuda sites in the Libyan Sahara.[7]

Second, cooked plants didn’t spoil as quickly and could be saved for later. Third, plants that were too fibrous to be palatable could be softened through cooking. Finally, toxic plants could be made edible after a nice simmer.

Inside Border Cave in the Lebombo Mountains on South Africa’s border with eSwatini, the real Paleo people were stuffing themselves silly with roasted sweet potatoes more than 170,000 years ago.

These are the oldest roasted starches ever discovered. And even though the charred samples (cooked over ashes) are approaching 200,000 years old, researchers armed with a scanning electron microscope could still see their internal structures.[8]

Like the sweet potatoes of today, this ancient Hypoxis variant could be eaten raw. But cooking made it easier on the teeth and stomach and unleashed more of its calories.

It also grows year-round across Africa, making it a great food to sustain migrations through and from the continent. Hypoxis also grows in clumps, offering great “bang for the buck” for harvesters. Based on the superfluous plant matter in the region, the Paleo diet here featured way more starch than meat.

A big game kill like a mammoth could sustain a group of Neanderthals for many days. But relying strictly on trophy kills was a recipe for starvation.

So the Neanderthals learned to build traps to catch small, agile, and plentiful prey like rabbits. Researchers scouring eight Neanderthal hot spots in France, dating to 400,000 years ago, found that the animal remains at many sites were made up of 80 to 90 percent rabbit.[9]

Some of the long bones were deliberately snapped at the ends, suggesting that someone chewed off the ends and sucked out the precious bone marrow within.

The discovery reveals an unexpected level of cleverness and adaptability for “cavemen.” Unlike killing larger prey like deer and cattle, rabbit hunting required traps or snares. This type of hunting was an innovation credited to modern humans. It necessitated a sharp mind rather than a strong arm and was supposedly one reason that modern humans outlived the Neanderthals.

Ancient humans savored woolly rhino steaks on occasion. But the safest survival strategy was to focus on food sources that couldn’t gore you. More than 30,000 years ago, Spanish Homo sapiens did just that. They became the first to enjoy a delicacy favored by the snobby: escargot.

Iberus alonensis land snails were common during the transitional period that produced modern humans between the Pleistocene (2.6 million to 12,000 years ago) and the Holocene (12,000 years ago to the present). At the Cova de la Barriada cave site in Spain, scientists found land snail remnants from 30,000 years ago, which is 10,000 years before the previous earliest escargot samples found in the Mediterranean.[10]

Like a fancy appetizer at a French restaurant, the snails were cooked over juniper tree embers at high heat, about 375 degrees Celsius (707 °F).

10 Weirdest Street Foods In The World 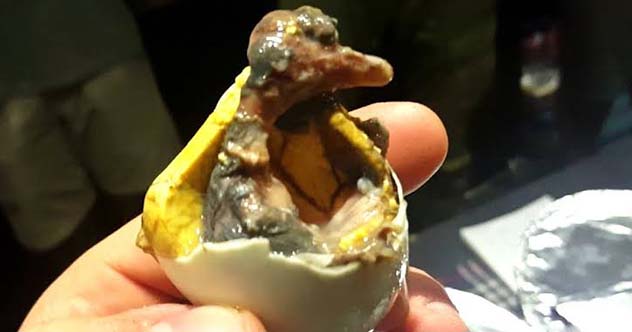 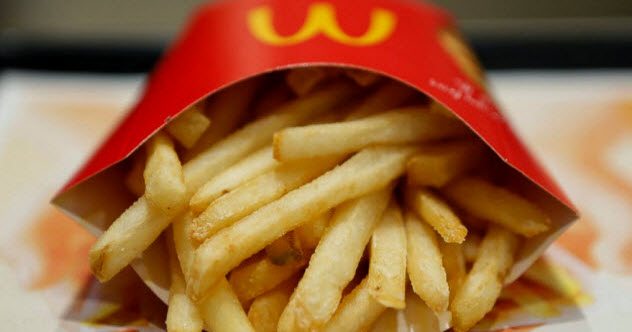 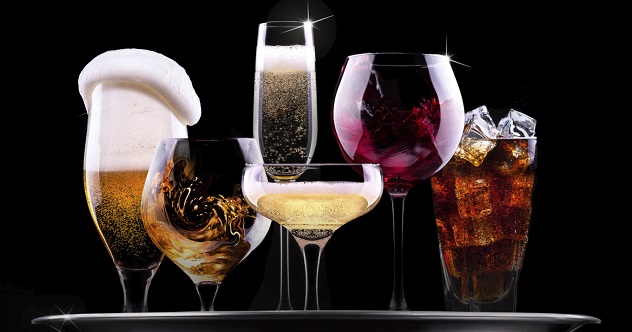 Top 10 Classic Cocktails And Their Histories 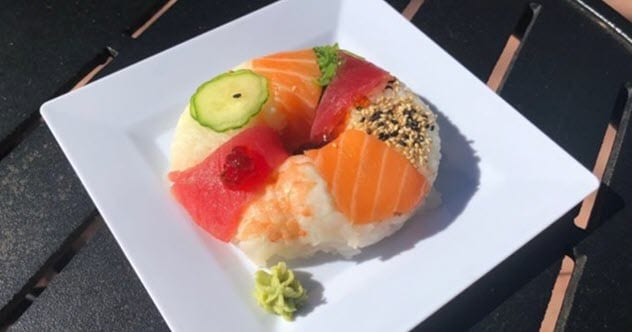