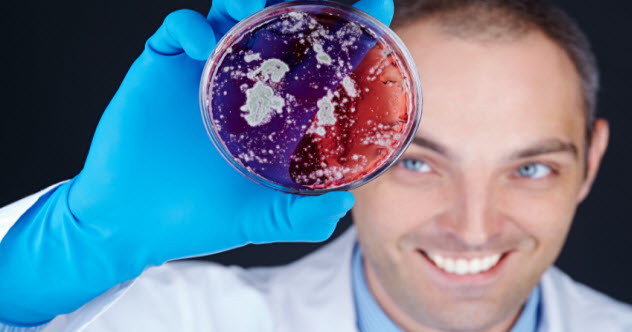 From the mushrooms we put on our pizzas to the mildew that grows in our showers, fungi are everywhere. We don’t think much about these alien critters that are neither plants nor animals but something strange in between. They are fascinating life-forms that are critically important to the biosphere.

In fact, there are more fungal species than plant or animal species. They’re also more closely related to animals than plants. But what’s really amazing is how they affect our world in such dramatic ways even though we’re hardly aware of them.

We throw away many things that are considered to be nonbiodegradable. For example, plastic can take hundreds of years to break down. Once it does, it turns into microplastic particles that can still harm the environment, particularly marine life. The chemical bonds that hold plastic together are extremely strong, but we may have found a good way to deal with the problem.

Researchers discovered a fungus in the rain forests of Ecuador that eats polyurethane. Although we don’t know what this organism eats in its natural environment, it might be the solution to many of the world’s waste problems. As if that isn’t crazy enough, there are plastic-eating fungi that are also edible. So we can grow food off our plastic waste.

Researchers in Italy have also found a way to use fungus to strip the iron from asbestos so that it’s no longer carcinogenic. Without the iron, asbestos can’t produce the free radicals that can cause cancer. There’s even a fungus that can break down VX nerve gas.

The stereotypical view of fungi is that they eat dead things, mainly the waste and debris that no one else wants. However, several types of fungi can turn into carnivores. They will often supplement their diet by eating tiny worms called nematodes.

Fungi kill these worms by setting traps for them, often using some kind of adhesive net or other construct that ensnares the nematodes. But fungi don’t just throw out nets and hope for the best. They can actually detect the chemicals left behind by their wormy prey. Fungi only build these traps if they’re hungry and they detect nematodes.

However, some species of fungi don’t use passive, adhesive traps. Instead, they create rings made of only three cells. When a nematode wriggles into the rings, the cells inflate, tripling in size and trapping the worm in a noose.

Have you ever gone to the fridge to get a bowl of ice cream, but as soon as you took a bite, it was kind of gritty? That happened because at some point the ice cream got too warm, melted a little, and then refroze. Ice crystals formed that ruined the consistency of the product.

But this may not be a problem for much longer. Scientists have taken genes from a filamentous fungi, inserted them into a bacteria, and turned the bacteria into a factory that spits out a protein called BslA. Then the researchers added BslA to ice cream. By binding the water, fat, and air in ice cream, this protein created a smooth consistency that caused the sweet treat to melt slower.

But fungus technology is giving us far more than that. Erythritol is a new calorie-free sweetener used in Asia that has become cheaper to manufacture with a procedure that only uses mold and straw. In the future, your sweet treat might come from fungus.

Someday, your car might be fueled by fungus. In the Patagonian rain forests of South America, there is a fungus called Gliocladium roseum that grows inside ulmo trees and produces a number of hydrocarbons and their derivatives. This fungus eats cellulose—like stalks, sawdust, wood chips, or almost any plant matter—and produces diesel fuel.

Today, our method of making biofuels is more complex. First, the cellulose is broken down into sugar, and then microbes turn the sugar into ethanol. G. roseum streamlines the process by doing everything on its own.

Researchers from Washington State University believe that this mold makes fuel as a defense mechanism. When something attacks the fungus, it cranks out more petroleum products. In their research, the scientists were able to have a species called Aspergillus carbonarius create jet fuel compounds from oatmeal.

The bananas that we eat today are not the same bananas enjoyed by our grandparents. In fact, many people claim that the the Cavendish banana, the current type of fruit, is not nearly as good as the Gros Michel (aka the “Big Mike”) that they had in the 1950s.

We don’t eat the Big Mike anymore because a fungus named Fusarium oxysporum (aka “Race 1”) nearly caused the Big Mike to become extinct. The banana industry was forced to find a new banana that was similar to the Big Mike yet resistant to Race 1. That’s why we have the Cavendish. Although it doesn’t taste as good and it spoils faster, it was originally resistant to the killer fungus.

That’s no longer the case. Race 4, another version of the deadly fungus, is destroying banana crops in China, the Philippines, Malaysia, Taiwan, parts of Africa, and Australia. For now, there is no cure. Fortunately, there are other varieties of bananas out there. If the Cavendish succumbs, it will probably be replaced.

But how long before another fungus comes along to destroy that type of banana? Will your grandkids even know what bananas are? The same thing may happen to the best coffees in the world. The fungus Hemileia vastatrix (aka “coffee rust”) is currently destroying fine coffee trees all over the world.

But that’s nothing compared to the scary news about “wheat rust.” This fungal disease could destroy the world’s wheat crop if it isn’t brought under control quickly. It’s one thing to threaten a fruit or a beverage. But wheat accounts for up to 25 percent of the calories that we consume.

About 350 million years ago when insects ruled the land and vertebrates had yet to crawl out of the oceans, the world was a strange, alien place. There were forests of large, branchless growths 6 meters (20 ft) tall and 1 meter (3 ft) wide. For years, scientists thought that these growths were primitive trees, but we now know that they were fungi called Prototaxites.

Some primitive plants existed back then, but none were much more than 1 meter (3 ft) tall. Prototaxites were the towering giants of the primeval world. Even so, that’s small compared to the giant Armillaria solidipes that now live in Oregon’s Blue Mountains. Covering almost 10 square kilometers (4 mi2), this massive, tree-killing mushroom is considered to be the largest organism on Earth. Estimated at somewhere between 1,900 and 8,650 years old, Armillaria solidipes may be older than recorded human history.

Until recently, we haven’t understood why it rains so much in rain forests. Now scientists believe that the answer might have something to do with fungus. Clouds form when small water droplets gather around bits of dust and debris. But water needs a surface area on which to condense.

New research shows how these clouds and rain may be forming in the Amazon. Reproducing fungi launch spores into the air in a fluid that is filled with potassium salts. Once in the air, the potassium salts (which are smaller than bacteria) attract other bits of organic compounds, causing these compounds to become big enough for water to condense on them.

Fungi then seed clouds with their leftover reproductive fluids. It’s believed that microscopic fungi cover about 33 percent of the Earth’s land surface, which could produce many clouds.

Truffles are fungi for which some people are willing to pay exorbitant amounts of money to eat. The European white truffle may cost as much as a few thousand dollars a pound. Russian oligarch Vladimir Potanin once spent $95,000 for 2 kilograms (4 lb) of white truffles.

That’s still not as crazy as the cost of yartsa gunbu. In the Tibetan Plateau, yartsa gunbu is a fungus that grows from the mummified bodies of caterpillars, but the Chinese love it. They call it the “Viagra of the Himalayas.” It costs about $2,000 an ounce. That’s nearly twice as much as gold. People are tearing up the high plains of Tibet and literally killing each other to get these moldy caterpillars.

But the priciest fungus of all might be one made in a lab. Trichoderma is a fungus that lives in the soil and eats chiton, which is the material that makes up the exoskeletons of insects, snails, and crabs. Scientists at the Vienna University of Technology have manipulated the genes of Trichoderma so that this fungus eats crab shells and produces N-Acetylneuraminic acid (aka “NANA”). Used in many antiviral drugs, NANA is a pharmaceutical that is 50 times more valuable than gold.

In addition to destroying things, eating things, and producing chemicals, fungus is also a sturdy building material. The people at Ecovative Design have designed a natural packing material from mycelium, the roots of mushrooms. It’s mold resistant, fireproof, and nontoxic. It’s also a better insulator than fiberglass.

As of 2015, Ecovative offers this packing material as a replacement for Styrofoam because this mycelium-based material is also biodegradable. The company is also transforming this material into bricks and building a few test structures because it’s stronger than concrete.

Ecovative takes agricultural waste like corn husks, wets it, adds some nutrients and mushrooms, puts it in a mold, and lets it sit in a dark room for four days. Then they pull it out, shave the mushrooms off the top, heat the brick to kill the mycelium, and voila, they have an environmentally friendly building material. If all goes well, you might be living in a mushroom someday.

If you’ve read any news about bees, frogs, or bats dying off suddenly, much of that was caused by fungus. “Fungi kill more people than malaria and tuberculosis worldwide,” explained Professor Rosemary Barnes of Cardiff University in a January 2015 press release. “They destroy about a third of all arable food crops.”

In fact, fungus is the biggest killer in the world, and we’re not talking about someone accidentally eating a poisonous mushroom. The scariest thing about fungus is that you can breathe in a deadly spore and never know it. For example, Coccidioidomycosis (aka “valley fever”) is a fungal disease that lives in the soil of the American Southwest. If you breathe it in, you may develop a fever or nothing may happen at all. It can also turn into a flesh-eating infection that gnaws away at your lungs, your joints, or the protective membranes of your brain and spinal cord.

If you’re out enjoying a hike, you could inadvertently contract a disease that will be with you for the rest of your life. Similar to valley fever, the Pacific Northwest has Cryptococcus gattii. There are no preventive measures. There is no vaccine, either. Even masks don’t work because the spores are too small. But the good news is that fungal infections are not contagious. The bad news is that they’re spreading.

Monte Richard II has a blog at thelastmonte.wordpress.com. 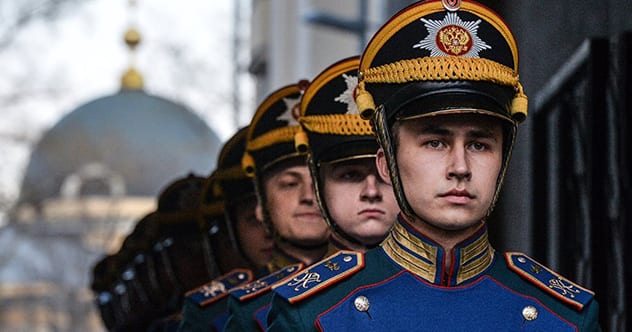 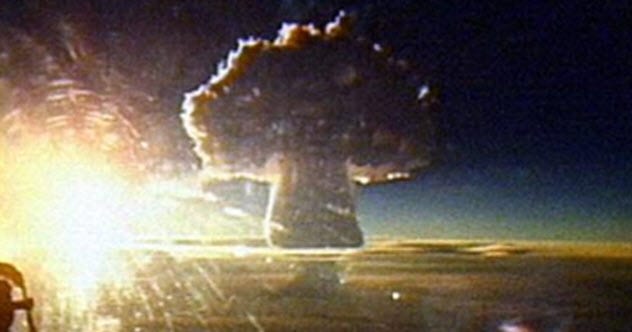 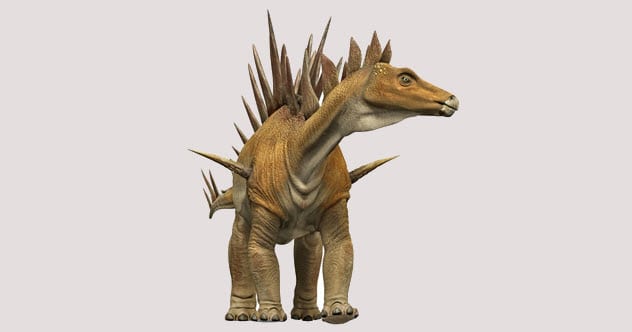 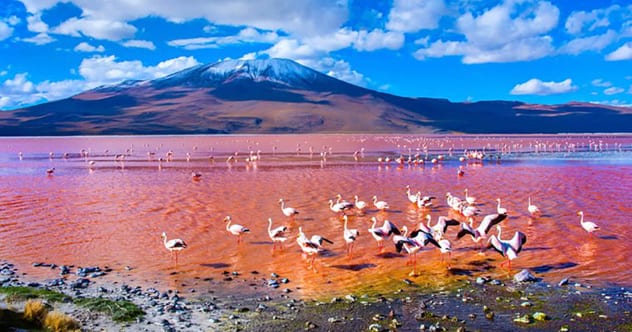